Severe Vulnerabilities in All In One SEO Plugin 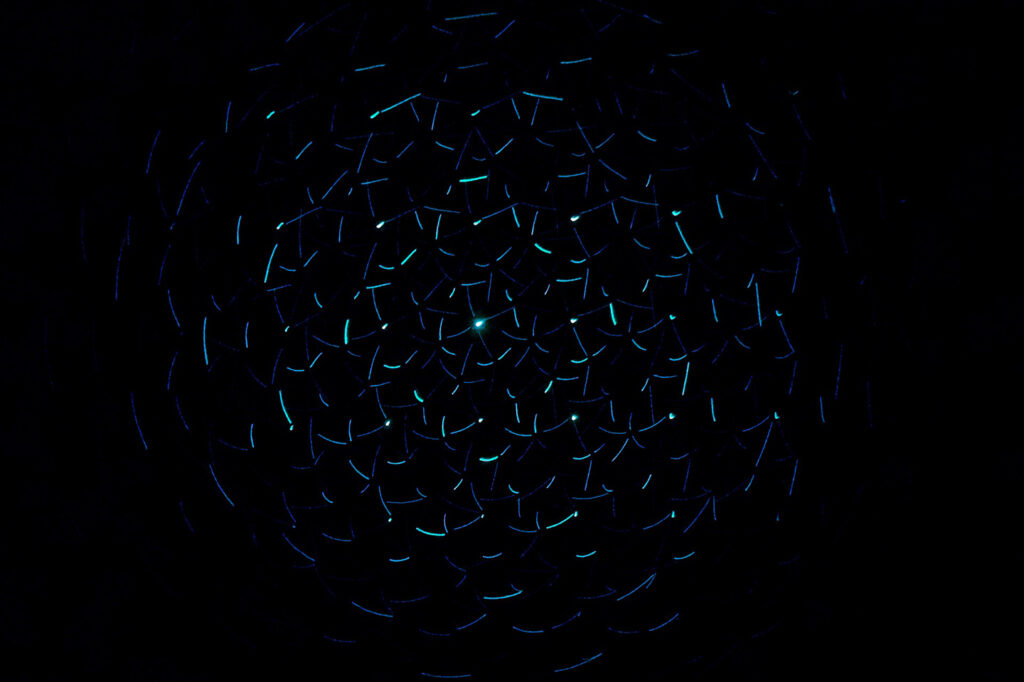 During an internal audit of the WordPress plugins, the security researchers at Jetpack discovered two serious vulnerabilities in the All In One SEO Plugin. The same was disclosed by Marc Montpas on December 14, 2021. The patched version 4.1.5.3 was released on 8th December 2021. However the plugin has not been updated on all the 3+ million sites. According to plugin download statistics for the last two weeks since the patch was released, there are still more than 820,000 sites exposed to attacks.

Here’s the vulnerable code in All In One SEO WordPress plugin allowing for privilege escalation: 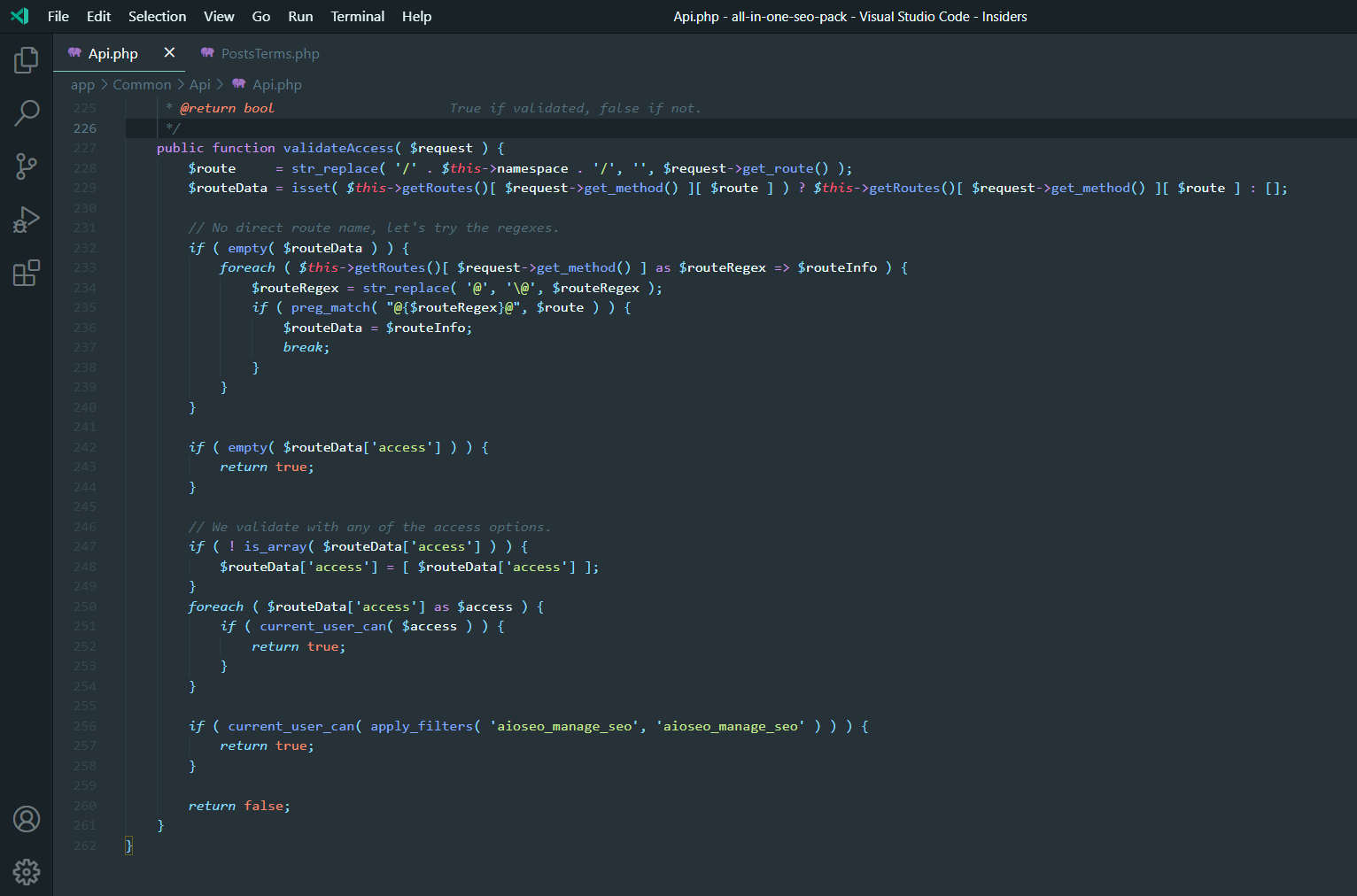 As such when exploited, this vulnerability has the capability of effectively giving backdoor access to any attacker and enabling them to overwrite certain files within the WordPress file system. This would even help the attackers elevate the privileges of subscriber accounts (or other low privilege roles) to admin account.

Here’s the vulnerable code in All In One SEO WordPress plugin allowing for SQL injection: 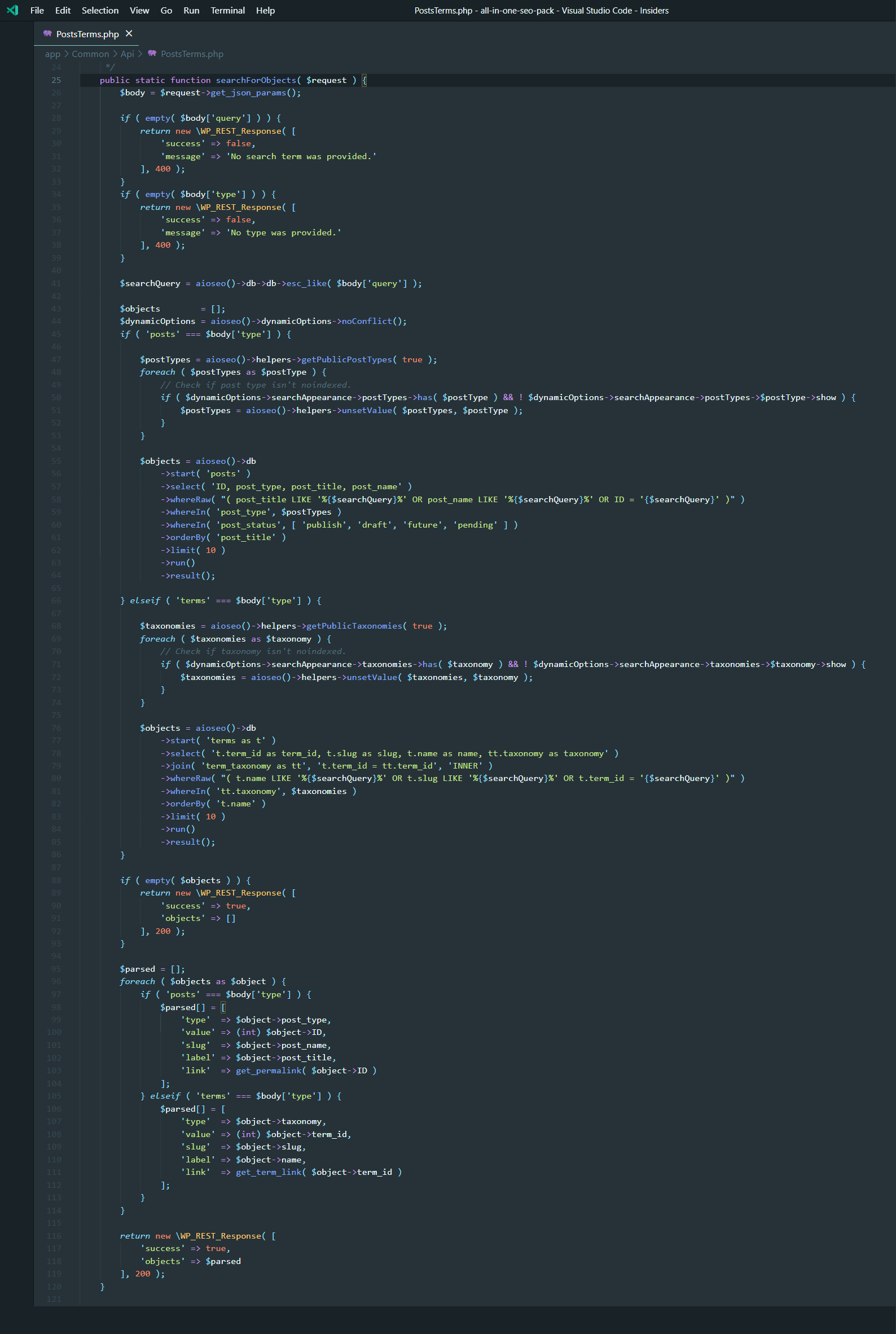 The second vulnerability discovered is caused due to a particular endpoint located here:

By default this endpoint is not intended to be accessible by low-level accounts. However, due to Authenticated Privilege Escalation vulnerability in the plugin, the attackers could first elevate their privileges and then execute SQL commands to leak sensitive data from the database, including user credentials and admin information.

This chained exploit has the capability of leaving the websites open to threat of takeover by establishing a backdoor on the web server.

Recommendation: Updating All in One SEO Plugin

The highest at risk would be the sites that allow user-registration / sign-ups like ecommerce websites using WooCommerce, Easy Digital Downloads and other mambership solutions as these allow visitors to create their own account on the site.

Is you site still running versions <= 4.1.5.2 of WordPress All in One SEO plugin? It’s time to update to the latest version and also run the following checks to be on the safe side: